Happy Halloween! We released a ton of new stuff on Boot.dev this October, and I’ve had a blast figuring out new mediums and tools we can use to create content. Anyhow, here’s to a great November glass clink. If you ever want to connect with me personally you can just reply here, I’d love to chat.

All the best, Lane.

New stuff from Boot.dev this October 🔗

We are super excited about this new project tutorial. One of my biggest struggles in school was that I didn’t have a local dev setup that worked well. This tutorial will have you up and running with a simple yet professional suite of tools.

We’ve noticed that some learning platforms have things like “calendar reminders” and “learning goals”. Those features are useful but dreadfully boring. We just added weekly quests as a more exciting way to gain bonus XP for hitting your learning goals, and they even boost your position on the leaderboard!

We’ve started creating blackboard videos for some of the more visually demanding topics in the courses on Boot.dev. Those videos are going up on YouTube (feel free to subscribe to our channel), but are also embedded into course instructions. Here are a few examples:

Generics are a newly released feature in Go (as of version 1.18). We just added a new chapter to the “Learn Go” course that covers exactly how they work and how to use them in the wild!

At the bottom-left of each exercise on Boot.dev there is a “report issue” tab. We receive tons of amazing feature requests, ideas for content improvements, and even bug reports through that channel. This month we resolved and made improvements for 156 of those reports! Thanks for all the amazing feedback. 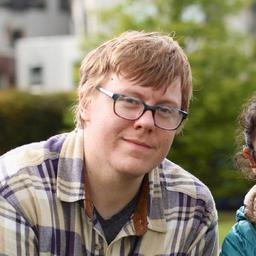 Hey everyone, I’m Theo! I grew up in the Hartford Connecticut area, and for the last few years I’ve been working in academia. I got into programming during my PhD program mostly to just “automate the boring stuff”.

When I joined Boot.dev last spring, I was looking to fill in any foundational gaps in my CS knowledge. Being self taught, I wanted to learn the core CS material that you’d pick up during a traditional degree, but without going back to school. Since then I’ve completed everything on Boot.dev, and it’s made me a much more well-rounded programmer. Learning foundational concepts and a couple new coding languages (Python and Go) has made me much more confident in my abilities. I also need to mention how great the Discord server has been; I’ve found some incredibly supportive friends there.

The big news this month is that I’m in the middle of transitioning into my first professional developer job! I’m working for the same university I was employed with previously, but now I’m building software. I’m not sure how long I’ll stay in academia, but this new position will open doors for me for a future in tech.

Join us in the Boot.dev Community Discord 🔗

Theo, myself, and hundreds of other learners are active in the Boot.dev community Discord. Join our programming discussions, ask for help when you get stuck, and improve your understanding by explaining what you know to help out others!

Top picks from the interwebs 🔗

(Video) Go is faster than Rust??! Go vs Rust vs TypeScript Servers 🔗

(Article) How we use binary search to find compiler bugs 🔗

(Article) Makefiles to improve your life 🔗