The 8 Top Back-end Programming Languages for 2023

A backend programming language is what a programmer like you uses to create internal systems that work in the background of a web application. Backend developers make a lot of money and are growing in popularity and desirability.

No matter where you are on your coding journey, it’s a good idea to know a bit about backend development. As a beginner, being proficient in backend dev sets you up for success right out of the gate. If you’re a programmer or developer, you’re probably already aware that learning never ends. Even if you’re a Perl pro, it’s good to know what the most up-and-coming languages are so you can be prepared to take on additional responsibilities at work or pivot your career if need be.

So how do we figure out the top backend programming languages for 2023? Luckily, every year, StackOverflow conducts a fascinating survey of all developers. As a comprehensive survey with over 70k respondents, it allows readers like me to figure out what the top backend programming languages for 2023 are. It’s reputable, it’s reliable, and it’s a compelling glimpse into the group psyche of programmers worldwide. 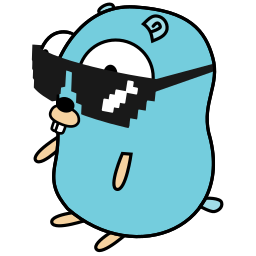 As we’ll discuss in more detail later, we know from the StackOverflow data that a majority of developers use JavaScript. What’s next on their to-learn list?

Go is a relative newcomer on the scene, which explains why it’s not the most popular language yet. Developed in 2009 by disgruntled backend developers in Google, Go (or Golang) is built based on the power and syntax of C. It’s designed to focus on safety, simplicity, and speed.

When comparing JavaScript with Go, you can see they both offer benefits to professional coders. Most see JavaScript as a must-have, while Go is an extremely nice to have. However, as more and more big companies switch their infrastructure over to Go, like Uber in 2016, I expect we’ll see more newbies bypassing JavaScript altogether and picking up Go first instead.

No matter if you’re an experienced coder or a newbie programmer, it’s never a bad time to learn Golang.

Because Golang is such an app-friendly language, it’s used in online booking systems on service apps like Uber, Delivery Hero, and Trivago. As I mentioned earlier, Uber’s Geobase is written in Go. Delivery Hero relies on Docker and Kubernetes cloud tools created with Go for their microservice cloud-based architecture.

Finally, Go is gaining ground on the cybersecurity front – American Express, Capital One, and 1Password use Go for cybersecurity.

Most used for beginners: Python 🔗

Python is fourth on the list of most-used backend programming languages – just about 48% of respondents use it –but it’s worth noting that this is only the case for professional developers. For those who are learning to code, JavaScript and Python are joint in popularity, with both backend languages used by about 60% of those learning to code.

This huge amount of use is thanks to Python’s super simple syntax and limited vocab, plus an extensive library of libraries that let you do just about anything in Python, including backend development. If you want to start learning Python online, I recommend looking through the fourteen options linked.

Meanwhile, Python is even more popular still. Coding Dojo reports that 20/25 unicorns they surveyed use Python, including Airbnb, SpaceX, and Stripe. 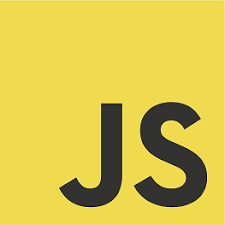 The reason JavaScript is so persistently used in backend development is thanks to its frameworks. The Node.js runtime environment opens it up for backend development. It’s convenient to be able to write both front-end and back-end applications in one language. If you’re unsure about whether to learn front-end or back-end first, JavaScript is a good language to start with.

If you’re a bit confused about this front-end/back-end JavaScript stuff, check out this article on how JavaScript and Node.js differ. If you prefer a more general intro to JavaScript, here’s our guide on the best ways to learn JavaScript. 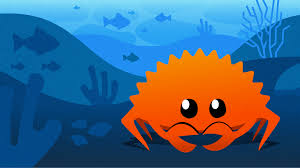 This year, a full 87% of respondents said they wanted to continue using it. Compare that with a clunky, frustrating language like Perl (a full two-thirds of Perl programmers want to get off that ride) and you’ll see how remarkable that is.

Rust is beloved for a few simple reasons. It’s open-source. It has rich standard libraries. And it’s very, very fast.

It’s worth mentioning that it’s not one of the most-used languages – just 9% of respondents to the survey use Rust. But compare that to even just three years ago. In 2019, only 3% of the 87k respondents said they used Rust. In three more years, it may be even more popular.

Meta has been using Rust since 2016 for source control, while AWS uses it to write highly performant, safe infrastructure-level networking and other systems software. Other notable companies include Discord, Mozilla, and Brave. You can check out a more comprehensive list here.

Java is an odd one. It’s an old language, first released in 1996. It’s still among the most popular languages, with 33.4% of professional developers using it and 38.7% of newbies using it. However, more of its users hate it than love it – only 45% of Java users want to keep using it. Plus, it’s not in high demand. Only 5.6% of coders have expressed interest in learning how to code in Java.

So why even put it on this list? One word: legacy code. Its age and simplicity have made it a standard backend programming language for Google, Netflix, Uber, Airbnb, Spotify, Amazon, and Facebook, all of whom use it for their product back-end development.

There is an old meme, “no one ever got fired for choosing Java”. While Rust and Go are popular and super modern, Java is tried-and-true, albeit less sexy. It’s a good language to learn if you want to work for big tech companies, but I expect as other, more flexible, and useful languages become more popular, Java will slowly fade in popularity.

That being said, that may be a multi-decade process. In the meantime, it’s a good backend programming language to learn more about. Here’s a list of some back-end bootcamps that will help you learn Java and other back-end technologies.

Codegym reports that over 10k companies use Java for their backend. Of those, some notable names include:

Most likely to linger: PHP 🔗

PHP is pretty ubiquitous. Nearly 75% of all websites use PHP somehow, though that number is declining. WordPress, the most popular content management system, relies on PHP, which accounts for a large percentage of that number.

Because it’s been around since 1995 and is specifically suited for server-side web development, it’s a standard language for backend developers to learn. Like Java, it’s no longer the most popular among all coders (only around 20% use it), nor is it in very high demand (a measly 2% want to use it).

Again: worth learning, but I don’t expect this will be the case forever as use continues to atrophy and better alternatives are developed.

There’s a healthy use of it among big companies like Meta, Wikipedia, and Tumblr. Meta in particular has used it to develop Facebook’s backend since 2004. Slack uses PHP in its backend to work more efficiently while streamlining web request time.

If you want to make bank as a backend developer, Ruby is a great bet. StackOverflow respondents reported a median salary of $93,000.

It’s worth pointing out that other backend programming languages were higher paying, like Clojure ($106k), F# ($95k), and Erlang ($103k). However, those languages had a much smaller sample size. There were nearly 3,000 Ruby respondents, versus 681, 371, and 426 respectively for the three others.

Ruby is a highly-paid backend programming language thanks to its Ruby on Rails framework. As I mentioned, plenty of companies are moving away from Java and PHP and towards languages like Ruby to build their infrastructure. There’s high demand for Ruby specialists. It’s also not a very popular language, with just 6% of respondents using it, and only 2.66% of respondents wanting to learn it.

But it’s the best-paying non-niche language to learn for backend development.

So many companies. Crunchbase used Ruby on Rails to develop the entire backend. Twitter’s backend was originally written in Ruby. Though it was migrated to Scala, the legacy architecture is still on Ruby. Etsy relies on Ruby on Rails to maintain a robust database.

SQL isn’t a backend “programming” language in the typical sense of the word. It’s a query language. Instead of using lines of code to develop infrastructure, backend developers use SQL to communicate between relational databases. (That’s what SQL stands for – structured query language.) Redditor stiffupperleg put it best:

Yes, SQL is a programming language. No, you should not apply for a job as a “programmer” if you only know SQL.

It’s used by nearly all backend developers, so it merits inclusion on this list of the top backend programming languages for 2023. Almost half of StackOverflow’s respondents use SQL, and 2/3s of people who use it love it. Plus, MySQL, PostgreSQL, and SQLite are the most popular databases, all of which rely on SQL to be queried. SQL is typically used alongside a general-purpose programming language like Go, Python or JavaScript.

If you want to learn SQL (and I recommend you do if you want to get into backend development) Boot.dev has a great course running through the fundamentals.

It is such a workhorse of a backend query language that you’d be hard-pressed to find a company that doesn’t value SQL knowledge. CareerKarma put together a pretty comprehensive guide of companies that use SQL, including Accenture, Dell, and Microsoft.

What is the top backend programming language for 2023? 🔗

One thing I wanted to highlight with my “who’s hiring” sections is that almost all companies use a mix of languages and technologies to develop and maintain their complex backend architectures. As a backend developer, there’s no one top backend programming language. There’s just the best for that particular job. After all, if Meta doesn’t choose one, why should you?

Depending on your journey and professional goals, the top backend programming language for 2023 will be different for you. Hopefully, this article helped you figure out which one is the right choice for you to learn next.